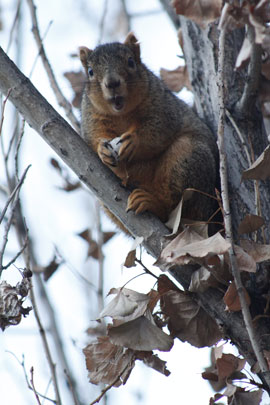 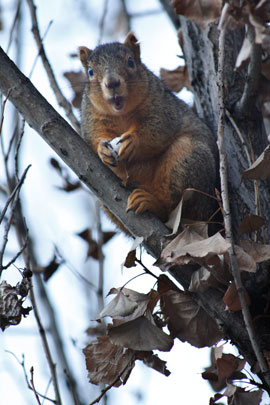 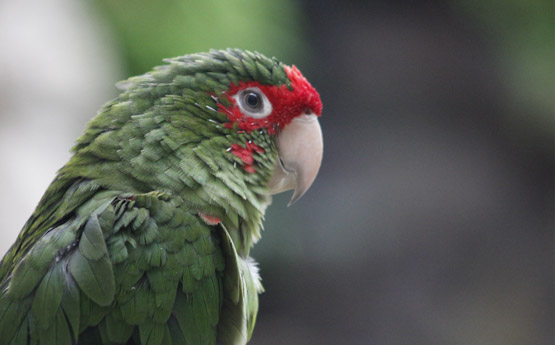 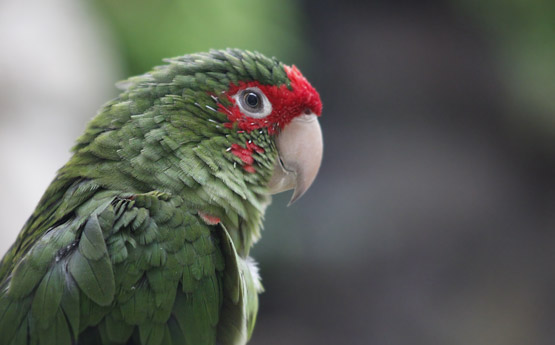 The edits on Ezra's Parrot are a bit more subtle, you may have to look at the enlarged version to really see the difference. The parrot was ever so slightly out of focus, so I used an unsharpen mask smart filter and just highlighted the parts I wanted sharp like his eye, beak and some of his feathers. Since I had to shoot with a high ISO, it was awfully grainy, so I put a blur filter over top and masked out the parrot so it would smooth out some of the grain in the background.

Your photos are fantastic! You really nailed this one. I love the expressions of the animals and your editing is very subtle but effective. One thing you might try on the Squirrel Surprise one would be to brighten the squirrel a little more to make him stand out and to blur a little more of the background. The best part of this photo is the hilarious look on his face so you could try to bring it out more. Your photos are sharp and clean, great job. Unrelated to this post, your flora and fauna pics are also really great. I love the green flowers, there is so much deeper meaning there.
Copyright © 2022 Andrew Griffin Portfolio • Blog • About • Downloads • Contact
×
Loading...