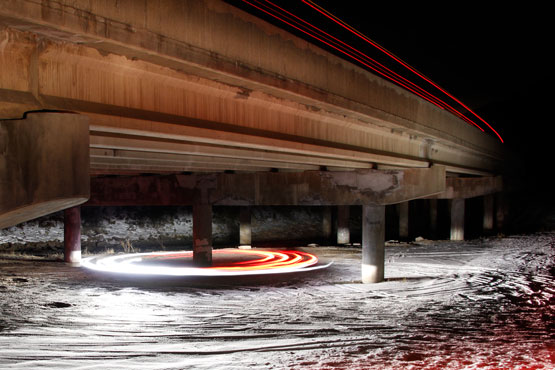 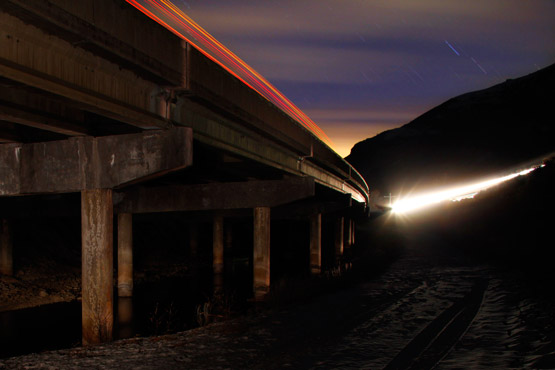 Orbit was pretty strong as it was, but I liked the red glow in the bottom right corner, and the taillight streaks above the bridge in two other exposures, so I gathered those elements from the other exposures. My original composition was with the light orbit centered on the screen, but decided later to crop it to the lower left corner.

Strength Unseen was a light painting combination of 8 exposures to accent different portions of the image. A train came by while the tripod was set. That was lucky. I bumped up the saturation a bit and brought more dramatic blues to the sky. Then I cropped it in a bit more to take away some of the boring poles in the foreground.